We are Joris and Monique, a Dutch couple who settled in Spain in 2001 after spending three years travelling around the world.

In the year 2002 we bought an old remote farmhouse which we renovated ourselves. In the year 2007 we officially opened the farmhouse as a Casa Rural with 3 double guestrooms and from that moment on we started offering intensive English courses.

Joris (1965) is the cook and he entertains the guests during the afternoon programme. Monique (born in Los Angeles, USA in 1968) is a philologist and has been an English teacher since 2002. She gives the morning classes and joins the students during all the meals.

Both of us encourage you to participate in interesting conversations and we correct your English vocabulary, pronunciation and grammar.

Apart from English we both speak Spanish, German, Dutch and a little bit of Catalan. 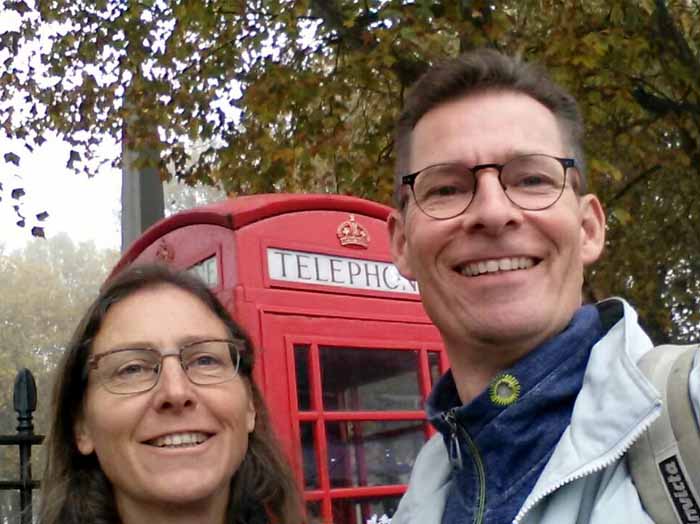